Our team has extensive investment banking experience and has been assisting clients through all aspects of going public and management buy-out transactions. In fact, we bring a wealth of experience obtained through a variety of backgrounds and specialties, including legal, securities lending, investment banking and accounting, among others. Essentially, our combined technical and financial expertise is how we are able to seamlessly handle complex financial structures and why we regularly compete with world-scale investment firms.

With 26 years of investment banking experience, the founder and principal of Bethmann Lombard Bancorp, Gabriel has led the firm and its team since 2005, including acting as lead advisor to the firm’s major accounts. Prior to BLB, Gabriel was a member of Burns Schwartz, Hannibal Trust, TD (Bank) Capital Group and was associated with the Department of Justice.

His experience includes advising both public and private entities on a variety of strategic and financing initiatives with particular emphasis on mergers and acquisitions, divestitures as well as the raising of equity, hybrid-equity and debt capital from both the public and private markets. He has served clients on cross border transactions in Asia, Europe and Latin America.

Gabriel received his MBA from Heriot-Watt University, his Bachelor of Laws from York University and has taken corporate and securities courses at the University of Saskatchewan and University of Manitoba. He also has certification in Islamic Finance from the United Kingdom’s Chartered Institute of Management Accountants.

He continues to serve as a director of several private companies and NGOs.

As a director, Marianne brings more than 30 years of experience as a capital markets specialist with extensive expertise on the buy and sell side, and in IPOs and corporate operations. As an investment banker, she represents a diverse range of industries, including real estate, technology, telecommunications, media, biotechnology and consumer markets.

Marianne has worked with several large and boutique brokerage firms in Canada, during her distinguished career, including Merrill Lynch, Prudential Bache, Octagon Capital and D&D Securities. She has also represented Bell Mobility in its introduction of the cellphone to Canadian consumers and has acted on many deals for Quebecor, Videotron, Cogeco, WIC and numerous other major corporations. A native of Norway, she has leveraged her global relationships that allowed her to participate in variety of international transactions, including most recently exports to China and Dubai.

While in the corporate sector, Marianne gained global experience in publishing at Hollinger Inc, telecommunications at Axxent/Optel Communications and franchising with MM [Marilyn Monroe] Café Franchise Inc. Having also participated in a variety of start-ups, including founding a niche investor relations firm that later merged with Canada’s leading capital markets communications’ company, Marianne has raised in excess of $1 billion in market value for her clients and ventures. 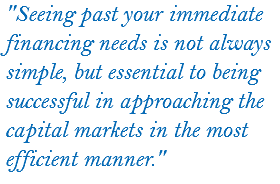 Get in touch today.

We are ready to serve your venture capital needs.